Listen to our interview for Radio NZ Country Life here -  Happily Hydroponic and article below.

Listen to our interview for Radio NZ Country Life here -  Happily Hydroponic and article below.

Liz Tregidga has been been working with vegetables from the age of about seven.

"Right from when we could pack a lettuce...we got roped in."

Now Liz has taking over the reins of the family business.

Her father Phil says "I'm just the boy now, I get told what to do." 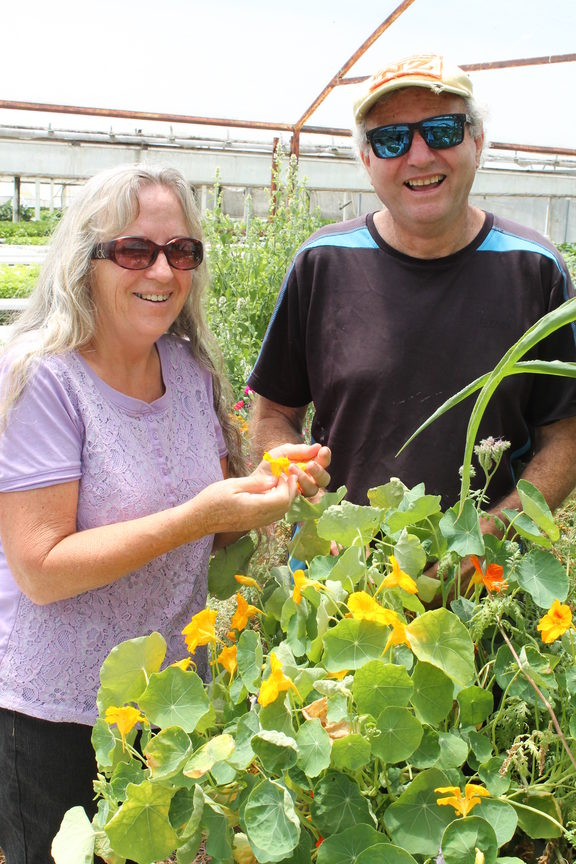 Clevedon Herbs and Produce grows a couple of dozen lines of vegetables and almost as many herbs under plastic on two and a half hectares at Clevedon, south east of Auckland.

Phil comes from a long line of growers. His father grew tomatoes and his brothers pioneered hydroponic growing in New Zealand in the late 1970s. Later, Phil and his wife Jenny set up their own hydroponic market garden at Clevedon.

They are still actively involved in the business as are their other four adult children.

On Saturdays Phil and Jenny are up at 4.30am packing vegetables for a farmers' market - and praying it doesn't rain.

A wet Saturday can cut their income for the day in half.

"It's really exciting. People love getting the fresh veges straight to their door direct from our farm."

The service is a good back-up for a weather dependent business.

"If we do get a weekend that's not great, it just takes the sting out of it," Jenny said.